How to Use a Handheld Knife Sharpener 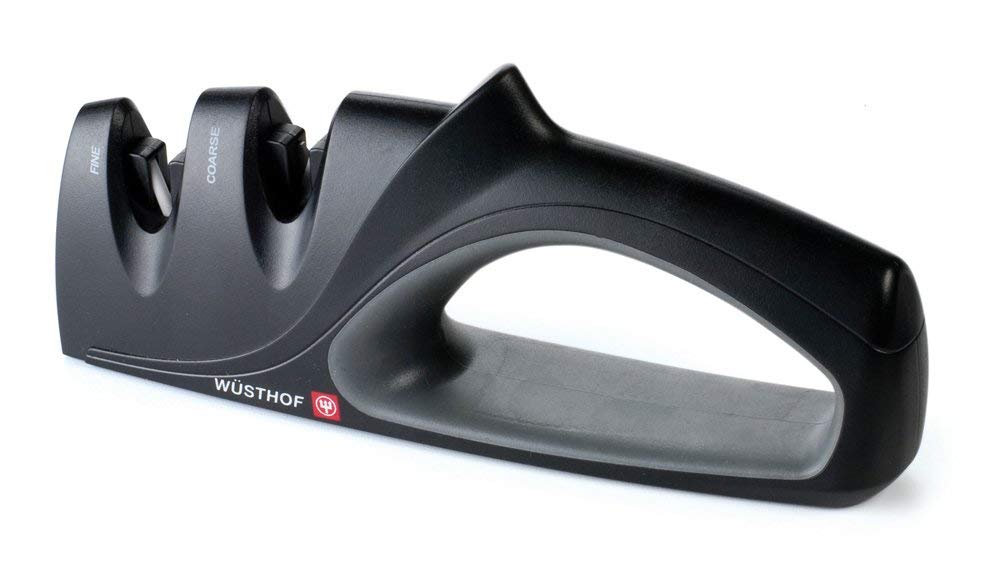 If you are a cook, you know very well, how frustrating it could be to deal with a dull knife. Learning the knife sharpening technique is a must for your happy cooking. Apart from that, a dull knife demands more pressure to cut which ultimately increases the risk of slipping of the knife. Handheld sharpeners are the most common knife sharpeners which are present in the market in two variants namely handheld knife sharpener, which is a double set of sharpening ring, and the cook steel sharpeners. In this article, we will discuss & quot; how to use a handheld knife sharpener” in a manner which makes sharpen a knife at home an easy task.

Quick Navigation
How to Use a Handheld Knife Sharpener
Step 1: Check your knife
Step 2: Hold the sharpener and knife
Step 3: Sharpen the knife
Step 4: Wipeout
How to Use Steel Rod Sharpener
Final Verdict

How to Use a Handheld Knife Sharpener

Step 2: Hold the sharpener and knife

Hold the double ring sharpener in one hand.if you are new to sharpening better rest in on the cutting board. As holding both sharpener and knife in air needs precision so better you use a base for doing so.

Fix the knife blade in between the ring and draw it towards yourself through the gap of the ring. The ring should be flat on the board and the knife should be perpendicular to it. Pressure should be applied in moderation so that friction sound could be heard but not more than that.pulling the knife hard will only damage the edge.
Three or four pulls will be enough to sharpen the knife but if you can hear the friction sound, go for some more strokes. Also never try to push the blade of the knife back to the rings.

Use a paper towel to wipe out the sharpening residue from the blade. You can also use an oil dip towel for the same. For doing so put the knife blade flat on the board and wipe each of its sides. 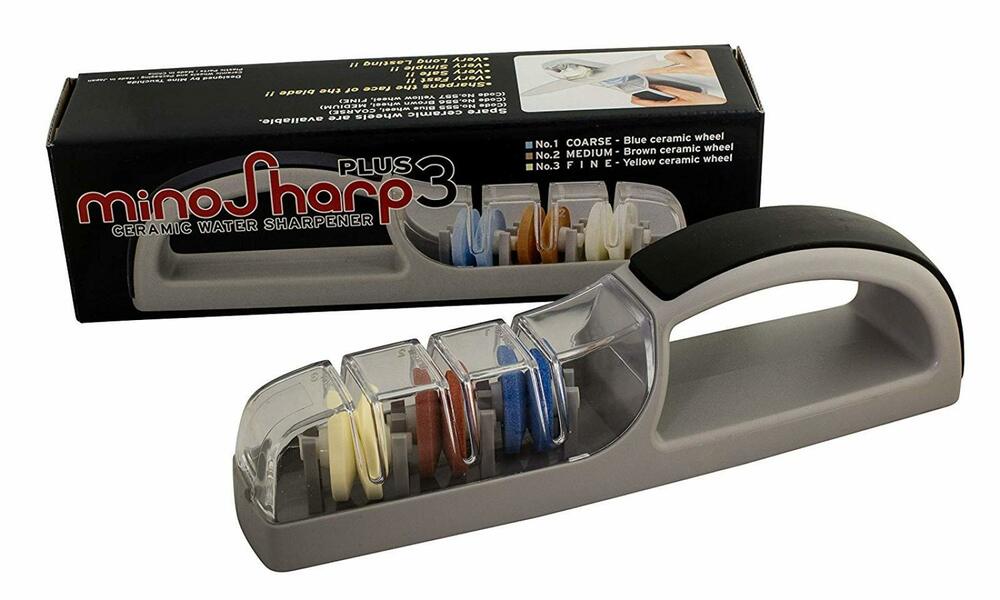 How to Use Steel Rod Sharpener

If you have a plain blade knife then the rod sharpener is best to use. Following steps should be followed for the process –
1. Grasp the handle of the sharpener and hold the handle pointing away from the body with slight tilting.

2. Grasp the handle and knife in opposite end and stroke the blade edge from your side to outward.

4. Draw the knife blade downward in a single stroke. This process required a little bit of practice. In the beginning, you will often run out of sharpening before running out of the blade.

5. Your main goal should always to keep the knife blade in the movement which should be diagonal instead of up and down
strokes.

6. In four to five strokes your knife is sharpened to use. The stroke should always with gentle pressure only.

7. After one side turn the knife to another side for sharpening .grasp both knife and sharpener as before. As this time the strokes of blades will e towards you, therefore, be careful! This will be more challenging because your hand will tend to slip on sharpening handle. So again be more careful!

8. Set the knife blade on the same angle as before and draw it towards yourself. It should have its movement from the edge near the handle towards the tip. Within two to three strokes your knife’s other side is also ready.

Sharpening of your knives with handled sharpeners may be something you will do alone in your kitchen. Precaution is the main concern here so don’t be adventurous. Some of the professional cooks sharpen the knife in just a few strokes swiftly. Remember that they are professional so don’t try to imitate there speed as it could be a misadventure for you. So, use the handheld knife sharpener with precaution.